Using third party libraries has never been so easy as with NuGet. It just takes a single command or a few clicks and another useful library is added. But many libraries have dependencies on others, bringing them in as well. After a while you loose overview of the packages used and their versions.

In Visual Studio you can use the Package Visualizer to have an overview of all used packages and their dependencies. The blue squares are your own projects, white ones are installed packages. While this functionality used to require Visual Studio Ultimate to create the graph, I was able to do it with Visual Studio 2013 Premium as well. 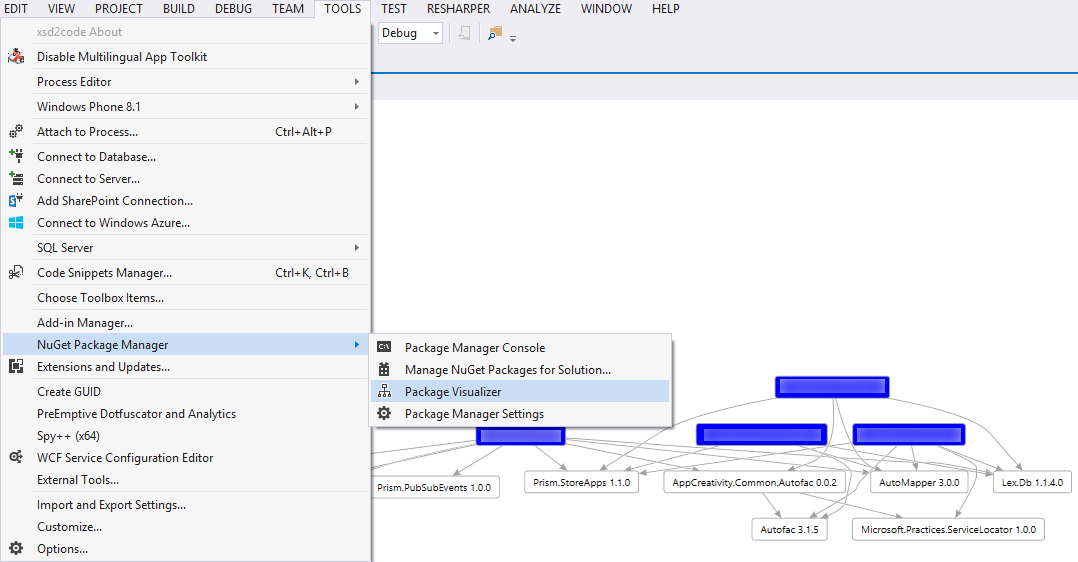 Update your nuspec file to include .xr.xml files in your NuGet package